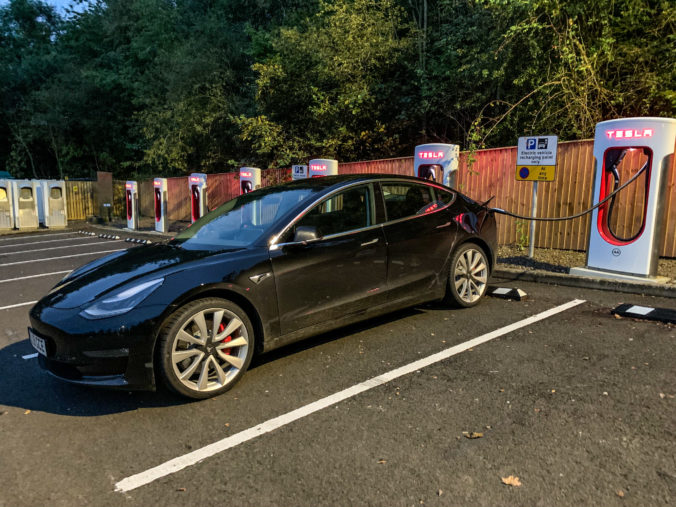 Firstly then, how far does the beast take us before running out of electrons?  END_OF_DOCUMENT_TOKEN_TO_BE_REPLACED

This is where we go back to square one —  one reason for buying a bike now, rather than at any other time in recent years. Easy one — they’re cheaper now than they’ve probably ever been. So why’s this, when nearly everything else in the UK is a gross rip-off? Dedication to the cause and enlightened self interest by the manufacturers and importers? Do me a favour — it’s all down to dear old Adam Smith, as interpreted by the EU.
After years of UK market prices being fixed by manufacturer’s cartels, the EU single market has now made it illegal for manufacturers to stop people buying the vehicle of their choice in any EU country. That of course hasn’t stopped them trying to get out of it — just ask Volkswagen what their recent 100M+ Euro fine was for. In the case of the UK, they usually use the need to supply a right-hand drive car as the reason for either not supplying or delaying the supply of a car. That barrier of course doesn’t apply to motorcycles — they are easily transportable and, most importantly, there’s no major conversion (lights and speedos only) required to suit them for the UK.
Given that motorcycle manufacturers and importers continued to hold their UK retail prices at 30-40% higher than the mainland, the last few years have seen an enormous rise in the number of independent dealers supplying parallel imports. Other than minor spec differences, including the Euro-voluntary 100bhp restriction, these machines are pretty much identical to an officially imported model, only way cheaper.
The upshot of course is that, with their market under increasing pressure, the major importers and manufacturers all cut their list prices dramatically in late 1998 or thereabouts. Since then, the sticker ‘premium’ for an official machine has shrunk to perhaps 15%. As I’ve found however, that’s only the start of the story — everything is up for negotiation.
So what’s missing if you go parallel? Depends on who you go to — there are parallel dealers who appear out of a backyard, bring in few bikes in crates, dump them on naive or greedy punters and vanish back into the mire whence they came. There are also parallel importers who care about service. Most manufacturers won’t honour pan-European warranties on machines bought in countries other than where they were originally supplied, so parallel warranties are usually provided by insurance policies, which don’t always offer the same level of cover as a full manufacturer’s warranty.
All things considered, a decent parallel dealer should be no better and no worse than any ‘official’ dealer. Unfortunately, that doesn’t say much — there are enough horror stories around from official dealers to base the parallel/official choice on reputation and direct experience rather than simply which camp they fall into. So, in the interest of adding to the overall body of knowledge, here’s my own experiences: