The Age of Steam

I drove my 911 today, for the first time since we bought our Tesla. And it was everything that I’ve always valued a 911 for: it‘s hugely tactile, fairly noisy and thoroughly interactive, with its slick manual gearbox, delicious feel and sublime feedback from the steering.  And, once wound up and pointed in the right direction, it’s really rather quick, albeit limited entirely by my own skill (or lack of) in juggling all the judgements required in the process, however enjoyable I may find it. A decade ago, I’d have pointed to such machines as the apotheosis of development of the motor car, despite my ever-present concern about their environmental impact. And yet…

…my railwayman cousin used to volunteer on the Dartmouth Steam Railway and, as a youngster, I had the joy of riding the footplate on several occasions, even being allowed – under close supervision – to operate the controls. Now there, you had to pay attention to everything at the same time, juggling boiler and water pressure, firebox temperature, brake vacuum and a host of other twiddly things whose purpose I’ve entirely forgotten, all controlled – with assorted degrees of lag – by magnificent brass and copper levers, chains and turncocks. The whole experience was engaging, deeply tactile, thoroughly satisfying – and not a little exhausting. But it left me no time to pay attention to anything else: as a complete novice, all my attention was taken by the operation of the machine, with nothing left over for all the other decisions that need to be made when controlling a vehicle. So I was fortunate that I had a bloke doing just that for me. 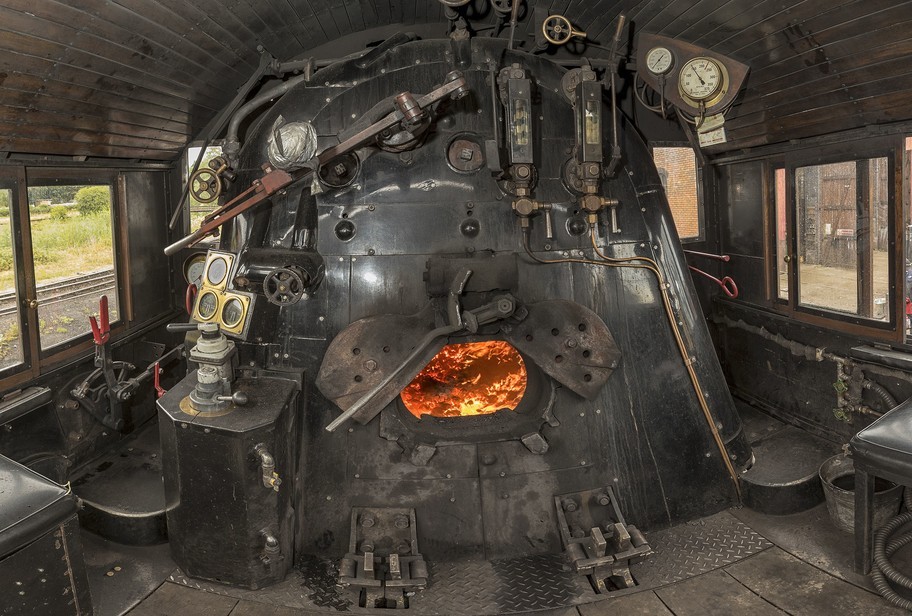 The point of course is that we humans have a finite capacity to process information, albeit that the upper limit of that capability is (in some people) highly trainable: so yes, I’d have improved with time and experience but, even so, driving a locomotive is never less than a two person job. And that’s on a train, where there’s a limit to the number of lines that it can take through a corner and, if the signalling system is working as it should, little to no traffic to worry about, as long as you swap tokens and obey the signs.

A modern car or bike is different: here, you’re balancing your ability to control your machine effectively with your ability to read and use the road and plan for both the predictable and the unexpected in your drive or ride. But, even so, it’s a universal truth that the more of your processing capability you have to spend on managing the vehicle (machinecraft), the less you have left with which to plan your response to the outside world (roadcraft) and the more in danger you are of overwhelming your mental equilibrium (mindcraft), with annoyingly expensive and painful results.

Unless I’m really focussing on the drive, and nothing but the drive, I’m often slower down a given section of road in the Porsche than I was in our diesel X5, simply because the latter did so much more for me and, by insulating me more effectively from the environment, lowered my sensory workload, leading to my being able to spend more of my attention on the road ahead and thereby travel slightly faster for the same overall mental effort. The logical extension of this is of course that, for maximum stimulation, we should all drive slow, noisy cars with lots of feedback from the environment, something that was understood perfectly by (for instance) the late James Hunt – the F1 champion whose chosen personal transport was an Austin A35 van. 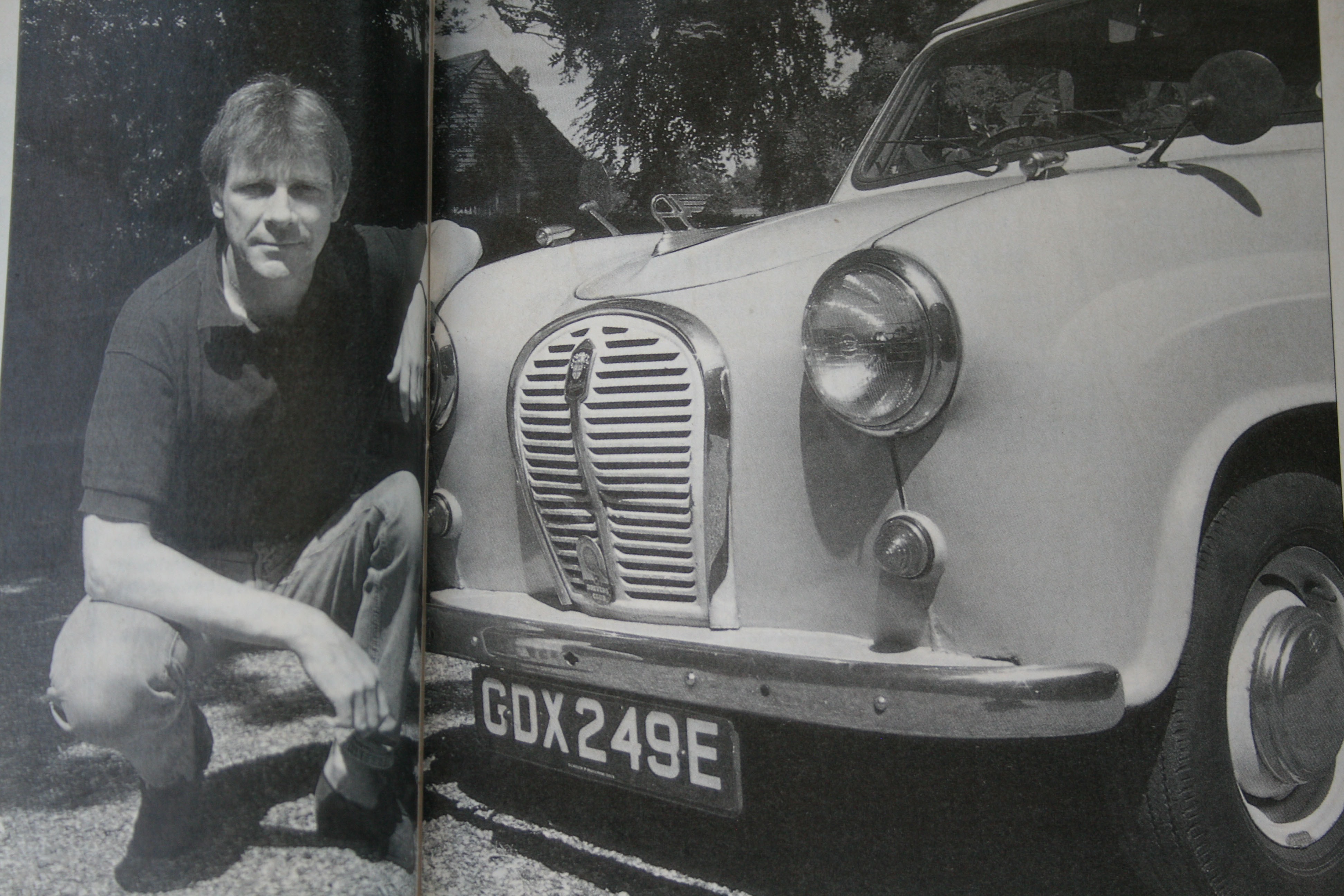 But we do like our comfort these days, and this is where Tesla is a game-changer, on so many levels. It manages to make even the best internal combustion engined car feel like an anachronism, a holdover from a bygone era of brass dials, big levers and blasts of steam, where progress is limited by the leftover attention you have from simply controlling the machine. As cars have evolved and become easier to drive, the balance of need for your attention has shifted from machinecraft to roadcraft – your ability to observe, plan, execute and refine your driving plan, the machine simply following your commands, as fast as thought and with effectively zero lag between intent and execution. And modern EVs, Teslas in particular, take that progression to a whole new level.

Having extra focus to spare does assume that your roadcraft is up to the job of filling the gap. Which is potentially a problem: historically, most drivers of ultra-high performance cars have been enthusiasts, at least some of whom have put in the time and effort required to develop the skills required to use that performance responsibly and safely. Yes, there are idiots who drive supercars, but the very cost of the things makes them a sufficiently small percentage of drivers that their impact remains low, and hopefully confined to their candidacy for Darwin Awards.

The first of the current Teslas, the S and the X, are both big and expensive, their numbers constrained by those facts alone. The Model 3 however takes accessible excess to a whole new level. On a good day, the massive reduction in cognitive load combines with effortless performance to make any journey a far more relaxed prospect than anything since we gave up on our original self-driving vehicle, the horse. On a bad day though, it enables more idiots to be, well, idiots, including many more of those who have no concept of the difference between the consequences from playing a video game and those of behaving likewise in the real world. Now that is a terrifying thought.

So our new generation of electric vehicles is fundamentally changing our perception of what is involved in travelling on the public road: it only takes one drive in something like a Model 3 or an i-Pace to irrevocably change our relationship to the internal combustion engine from one of engaged dependency to seeing them as occasionally enjoyable but always quaint hangovers from the 19th Century.  I do like steam trains, but I wouldn’t want to travel on one every day.

And all of this is before we delve into the question of the impact on human agency of the collaborative (or  at times confrontational) relationship between the increasing automation in these machines and their human operators. The ultimate question here is of  what value and responsibility we assign to the skills of those who (like me) wish to maintain and develop the competence and responsibility needed to use them without too much active intervention from the software. Now that is a discussion for another time.