I finally found the time and space to try out Track Mode on my Model 3 Performance yesterday. It’s a game I need to play some more, to discount any expectation bias that I might have been displaying, but – so far – I’m impressed: Track Mode adds an extra layer to the fundamental characteristics of the Model 3, turning it into a willing and eager accomplice to the art of driving.

As standard, the Model 3 is precise, predictable and consistent in its handling and responses. Which is great for driving from A to B in pretty much all circumstances: it’s safe, progressive and relaxing. But there’s a ace of fun that isn’t quite there: the very best sports cars – Porsches, Lotii, Ferraris and their ilk all have the ability to simply feel that they’re pivoting around the driver’s hips on turn-in to a bend and then respond through the bend, using the throttle to manage the rear-drive bias for an exit catapult effect that exemplifies Jackie Stewart’s old principle of slow-in, fast out. Track Mode, it turns out, gives a good measure of that to the Model 3.

For anyone of at least moderate skill and a reasonable degree of understanding of dynamics, that is the “Woo-Hoo!!” factor that moves a car or bike from being extremely good to being a truly great ride or drive. The real test though is its ability to give you that feeling regardless of the speed at which you’re travelling – the world is full of vehicles which don’t actually wake up and take notice of the world until they (and you) are travelling at velocities ranging from the merely implausible to the actively anti-social. I don’t have much time for them.

So I picked one of my favourite stretches of twisty road – the A85 between Comrie and Lochearnhead – and simply drove it. Having engaged Track Mode at rest and acknowledged the “You know what you’re doing, right?” warning that pops up, the first thing that happens is that the car starts to whistle and hum as the cooling systems flex their muscles. Otherwise all is much as normal. Until you reach the first real bend and turn in, at which point the car simply pivots in with an eagerness that utterly belies its weight and without feeling that stability is in any way compromised. Then you ramp up the throttle as the bend unwinds and, Lo!, the car tightens its line and fires you off down the road in a manner very familiar to anyone familiar with the best rear-wheel drive cars.

Now I wasn’t timing the drive and wasn’t driving any faster than I’d do in a standard driving mode – I just wanted to see what difference it made to the car’s feel. On this particular road, it just made the whole thing that bit more engaging and fun. Added to all the other virtues of Tesla (and EV) ownership, it makes for a pretty compelling argument.

There is of course a ‘however’ here – you get owt for nowt, as my Yorkshire mates say at every opportunity: the cost of all of this is a notable increase in the car’s energy consumption: where I normally average around 310Wh/mile along this road with lights and heating on, the part I drove in track mode took me to about 440Wh/mile. Ouch. 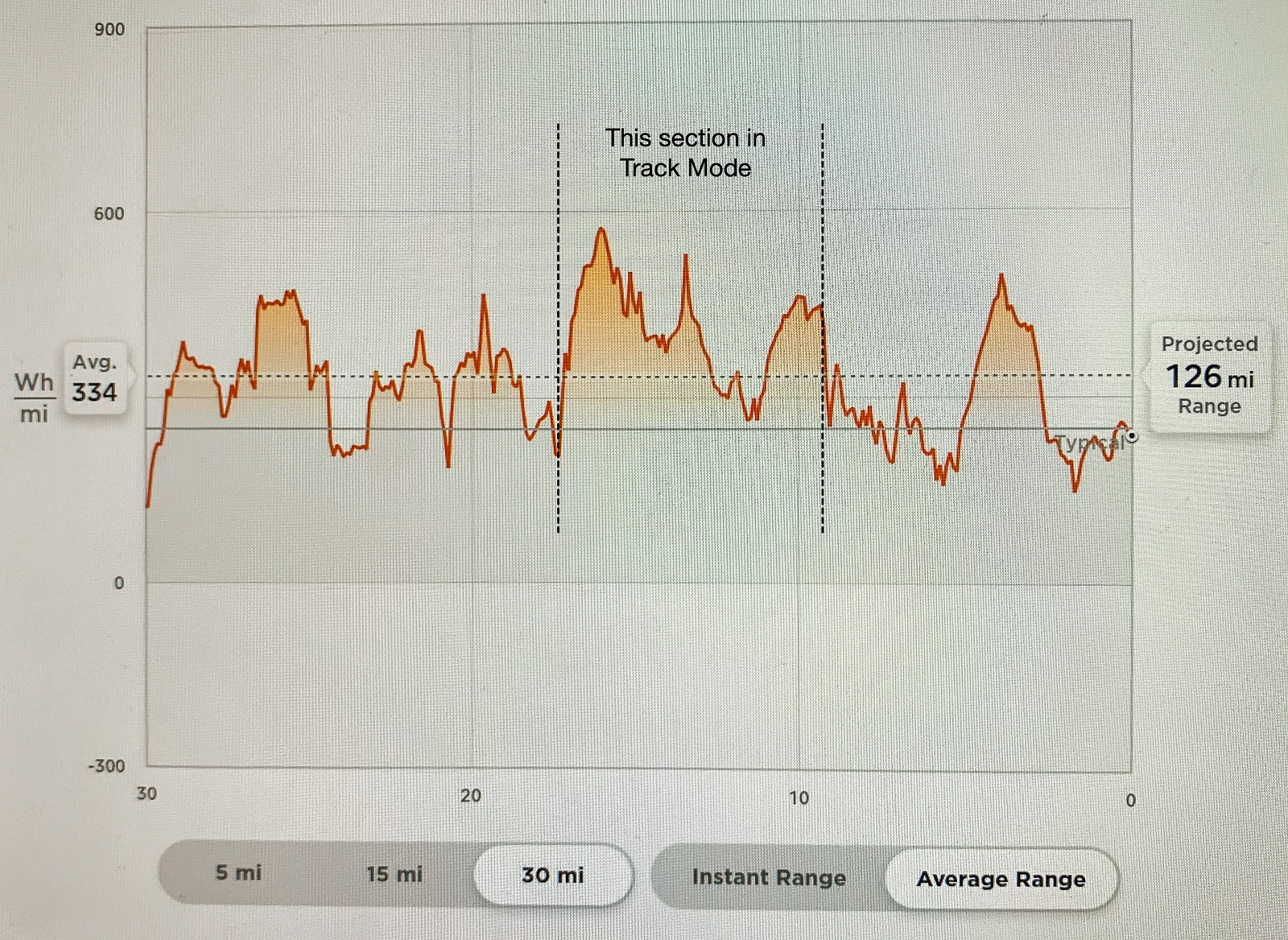 Now some of that must be inherent to the mode – with the additional motor- and brake-based vectoring that’s going on, the motors are going to be working harder at any given speed, with commensurately lower efficiency and greater cooling demands. However, Track Mode does tell the car to pre-emptively assume that it’s being thrashed on a race track, so I suspect that much of the additional consumption is increased base load from the ramped-up cooling, and is overkill for road use.

So what I’d very much like to see appear in a future software update is a Sport+ mode for the road, one that provided the torque management features for driving on public roads, without ramping up the cooling system any more than absolutely necessary. In fact, it would be entirely possible to create an adaptive mode that adjusted the car’s settings according to the type of road being driven: in towns and on motorways, it would run as efficiently as possible whilst, once it calculated the sinuosity of an approaching section of road, would dial up the vectoring and feel. All of the data to do that is available from the car’s sensors and mapping system, so why not?

I’d also like to see the extra level of regen offered as a third option on the standard driving menu: it may not be to everyone’s taste, but I’m used to managing the engine braking from high-compression v-twin Ducatis, so heavy regen actually feels very natural to me. 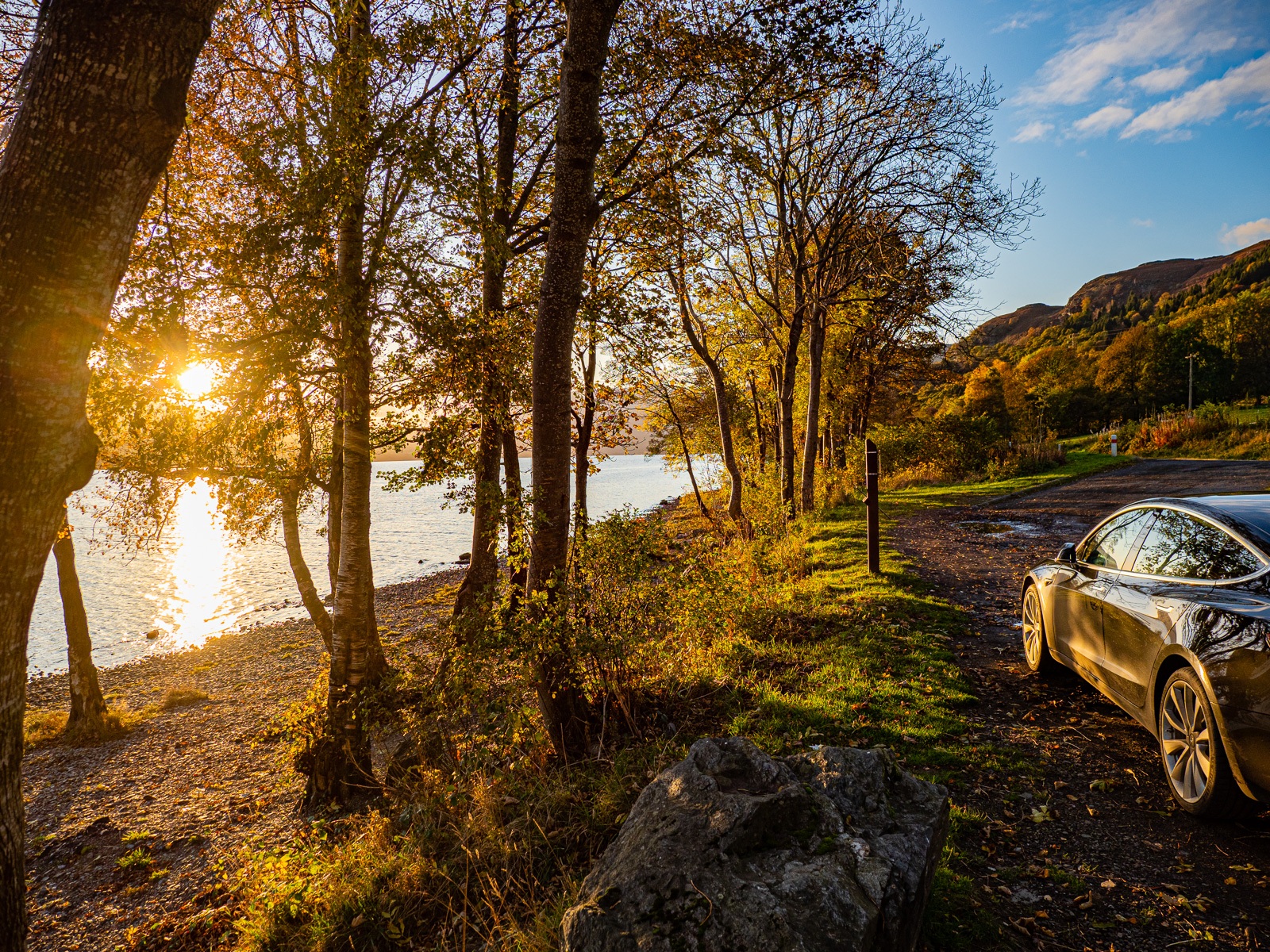 The How of Track Mode…

According to Tesla, track mode doesn’t do what most other cars with race or similar modes do, which is to progressively dial down the stability and traction controls until the car allows the driver to hang it all out, to – and beyond – the limit of their skill. In Tesla’s case, it adds features rather than removing them: 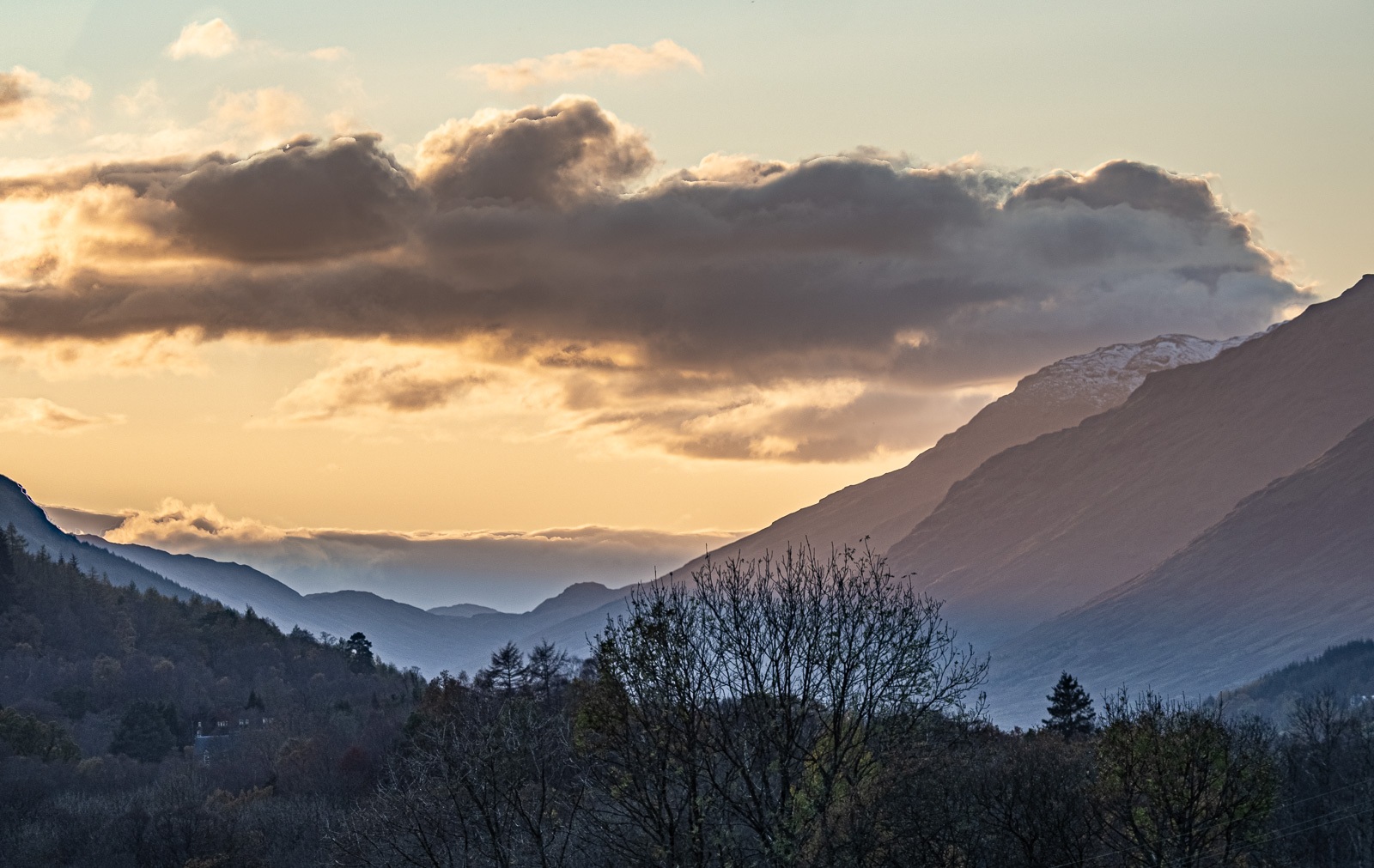