Motorcycles are a family thing — my father competed at everything: road racing, sand racing, trials and scrambling. He also commuted to work. All on the same machine. He only sold it when I became too big to strap to the petrol tank. At least I’ve still got more hair than I had then. 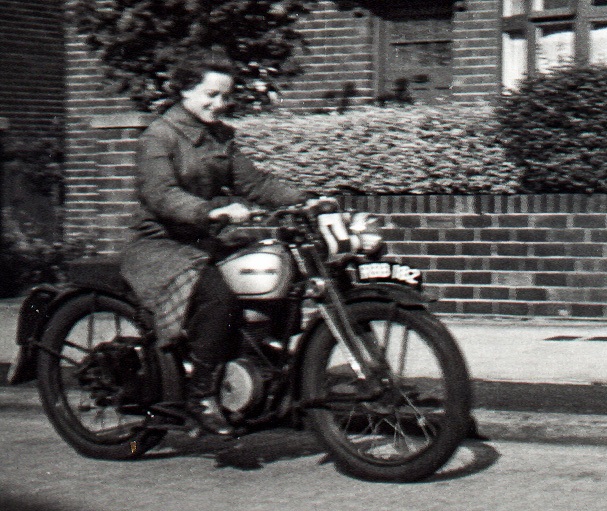 My mother, meanwhile, was terrorising the good citizens of North Shields as Hell’s District Nurse on her New Imperial.

Note the advanced safety equipment — three inches of solid hair lacquer. She’s also been around the Isle of Man as a racing sidecar passenger — definitely a sign of being two pushrods short of a rocker.

The header picture is my father, sand racing on his Royal Enfield Bullet 350, Whitley Bay, circa. 1954. Note everyone else heading in the opposite direction. It’s a family thing.

They still make the Bullet in India. And people even go there to ride them. There’s a certain aptness about promoting a fify-year-old motorcycle design with a very nineties web site, although some of the marketing language isn’t necessarily quite there — from the 1999 edition of their web site:

“Owning a Machismo means having a lot of it yourself. The Machismo, a high-performance 4 stroke machine that makes a statement about itself, and the rider.” 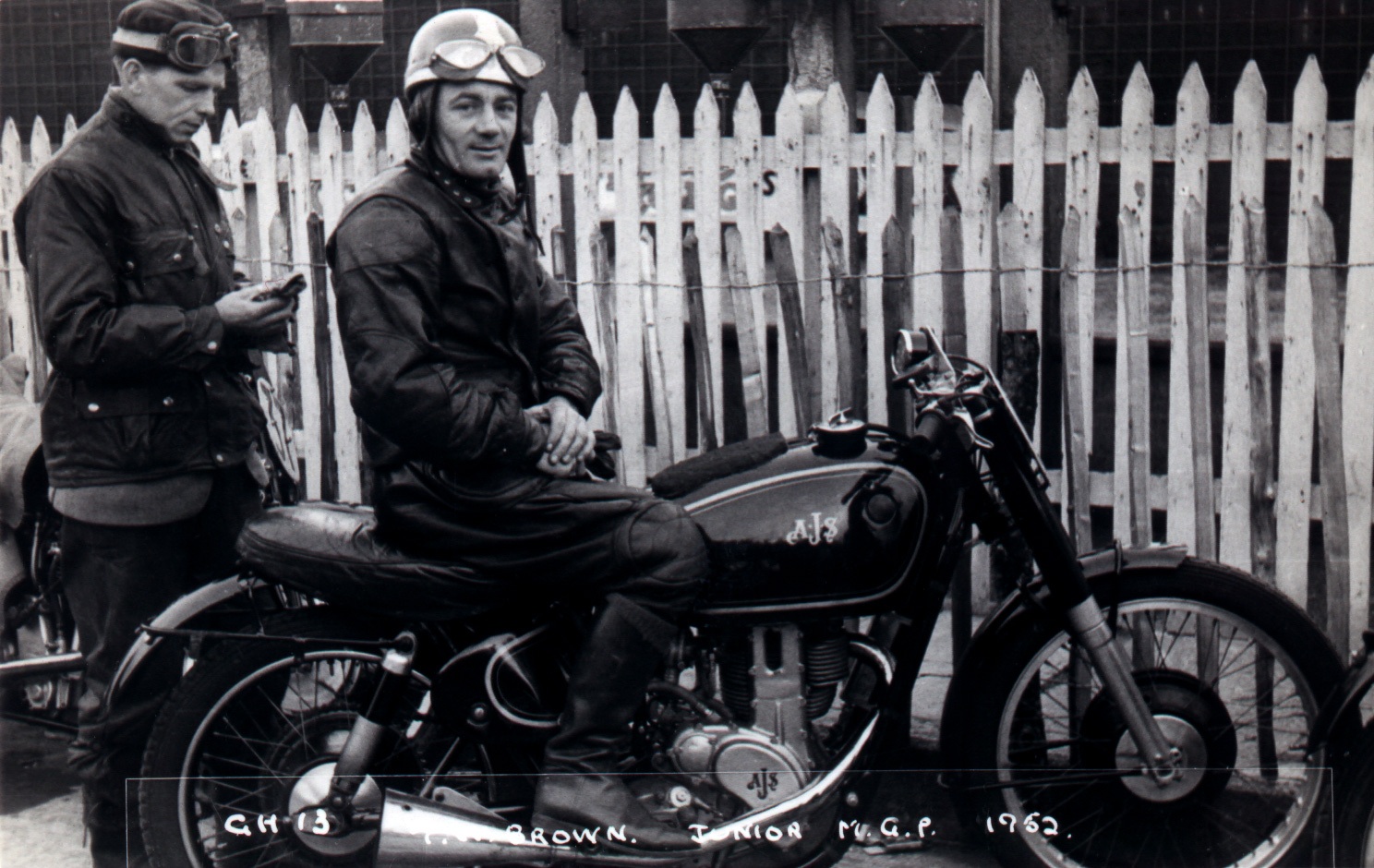 My father was a brilliant engineer and mechanic, travelling every year to the Island to race or to spanner for others. Seen here with his friend Tom Brown and his 7R AJS in the 1952 Manx Grand Prix.

With all that behind me, what could I do but go with the flow? 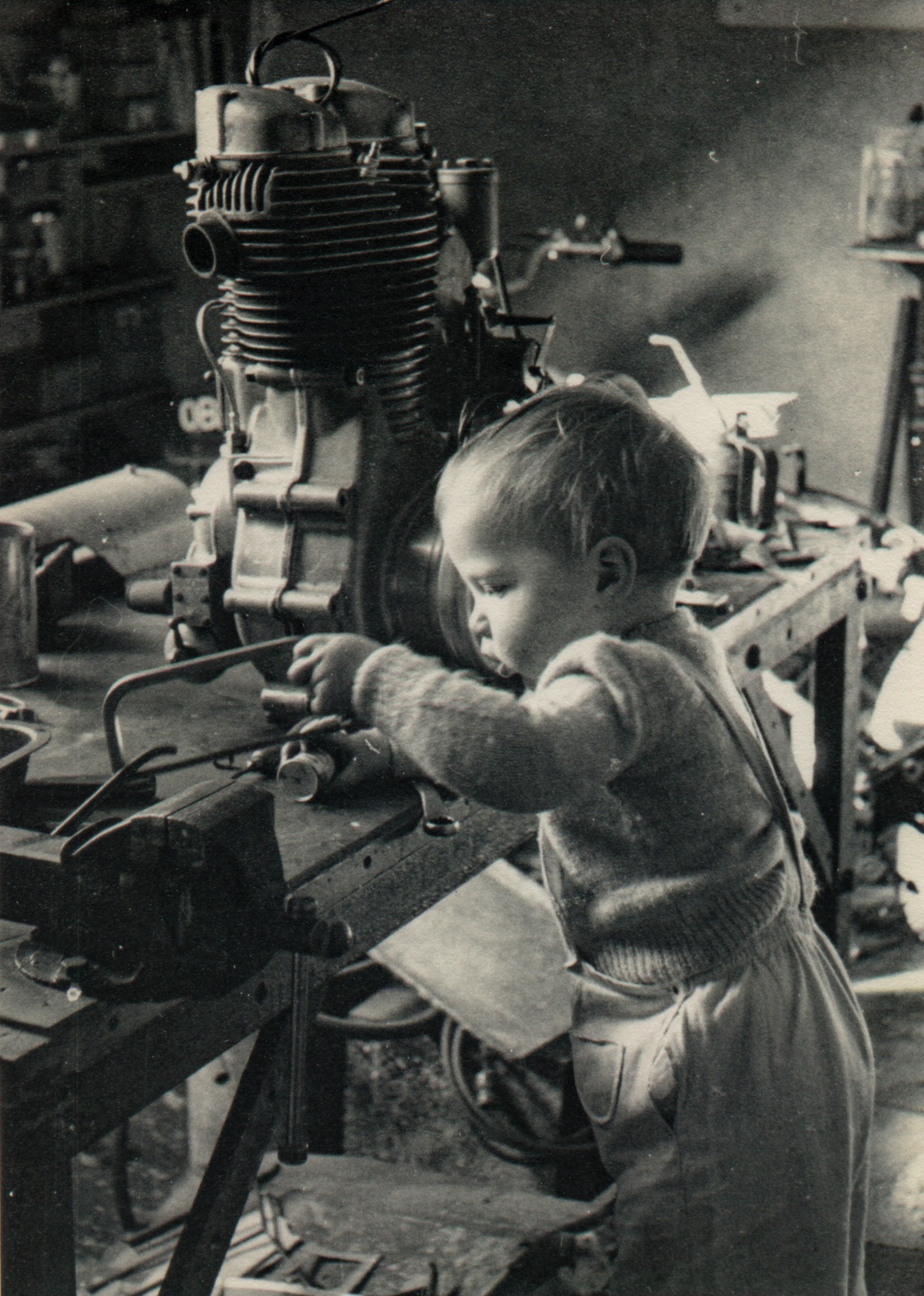